Blackbeard’s real name was Edward Teach he was called Thatch until he became Captain of his own pirate ship and created Blackbeard.

In One Piece Marshall D. Teach, Thatch, and Edward Newgate (Whitebeard) all trace back to Edward Teach, Blackbeard is know as Teach until he murders Thatch and leaves that name, becoming Blackbeard with the killing of Whitebeard no longer “Teach”. 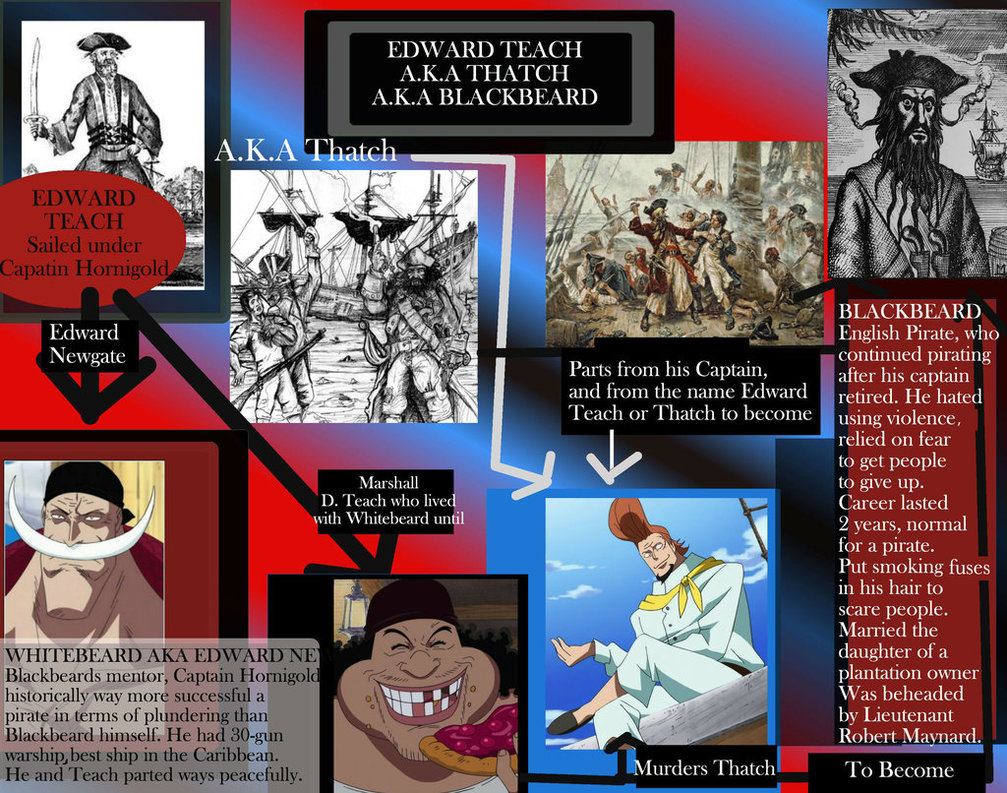