I’ve made a few theories that mentioned cursed swords and I’ve had quite the number of people tell me that they don’t fully understand how cursed swords work. In this theory, I shall be discussing the secret of the cursed swords in its entirety. Since I don’t like pointless small talk, I’ll get straight to the point.

In Dressrosa, we’ve learned that all real DFs contained souls. 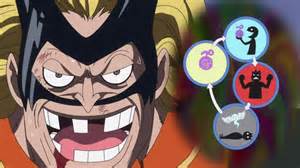 In Enies Lobby, we learned that objects can “eat” devil fruits. Spandam’s Funkfreed is a sword that has an elephant zoan. 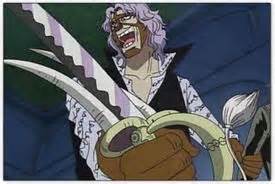 With this, I can safely say that all cursed swords has a soul trapped inside of it. An entity or spirit of sorts that was once human. Souls to DF, DFs to objects, objects to souls.

These entities are either good or bad. Swords with good spirits are divine blades.

Swords with bad spirits are called cursed blades and all cursed swords bring misfortune and the type of misfortune varies from sword to sword.

There is an old saying that swords chooses its owner. 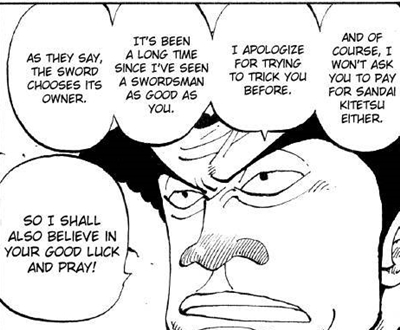 When it comes to cursed swords, they literally choose their owner.

I will be discussing these 3 cursed swords in particular: 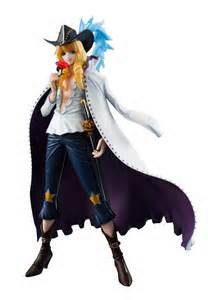 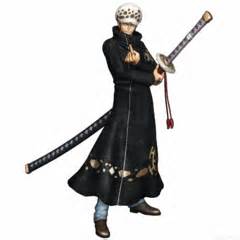 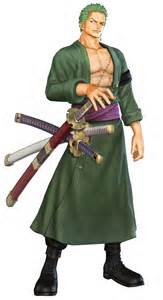 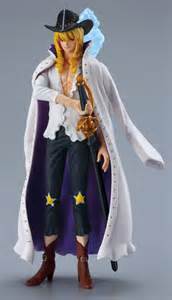 Durandal means “To endure.” Cavendish’s will and mind must endure the spirit of Durandal Hakuba or else he’ll lose himself and become a genocidal psycho.

Hakuba’s cursed entity is about control.

Cavendish constantly has a tug-o-war against Hakuba for control of his mind and body. 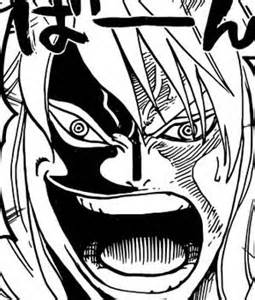 Obviously when Cavendish falls asleep, Hakuba takes over but he has shown the ability to take over Cavendish at anytime. 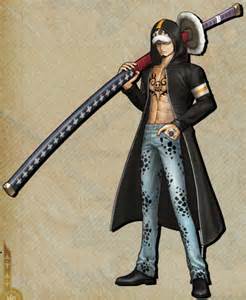 Law’s sword means “Demon’s Cry/Wail.” It also means “return to one’ homeland.” What’s makes one cry or wail? What might one feel being away from their homeland? Pain.

Kikoku’s cursed entity is about pain.

Law was the one who got the hurt the most in Punk Hazard and Dressrosa. Ironic since he is a cunning and cautious doctor and doctors are supposed to ease pain. 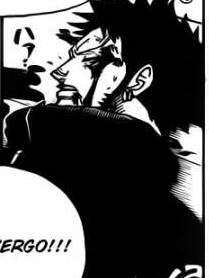 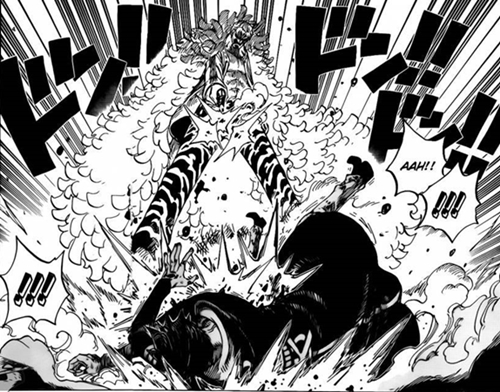 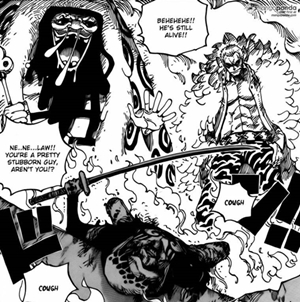 Know what else is associated with pain? Death. Law’s life even before getting the blade was filled with nothing but pain and death. It was very easy for the Kikoku spirit to accept Law and its the reason Law has those death tattoos on his fingers. 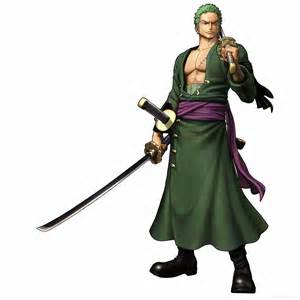 The one everyone was waiting for probably.

The most popular belief is that the Sandai Kitetsu curse is Asura.

That is not the case. Asura and the Sandai Kitetsu are different. Zoro always had an asura demon spirit.

Lets look at what an Asura spirit is.

While all the gods of the Kāmadhātu are subject to the passions to some degree, the Asuras above all of them have become addicted to them, especially wrath, pride, envy, insincerity, falseness, boasting, and bellicosity.Because of their passions, rebirth as an Asura is considered to be one of the four unhappy births (together with rebirth as an animal, a preta, or a being in Naraka). The state of an Asura reflects the mental state of a human being obsessed with ego, force and violence, always looking for an excuse to get into a fight, angry with everyone and unable to maintain calm or solve problems peacefully.Beings may go to the Asura realm because in human form they had good intentions, but committed bad actions such as harming others.Some asuric deities commonly used curved swords and control flames.

Asura is Zoro’s spirit manifesting itself in physical form. His untapped CoC in physical to be exact.

Even though Zoro is an asura demon, he always kept his humanity.Ever since Zoro got the Sandai Kitetsu, Zoro began to slowly lose it and got more n’ more demonic as time went on.

In Skypia, Zoro was attacked by a random monk with a spear. Zoro took him out by smashing the monk’s face with his sword hilt. 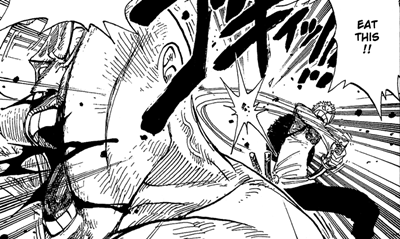 Fast forward to Sabody, Zoro was attacked by a random Tenryubitto(he had no idea who the CD was). Instead of trying to knock him out, Zoro tried to mercilessly kill the guy. Just look at Zoro’s face. 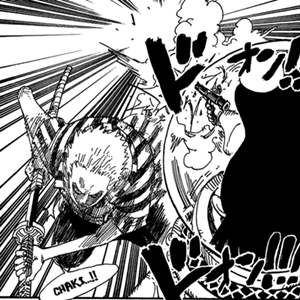 Zoro let off so much killing intent that even Apoo, who isn’t a swordsman, felt it. 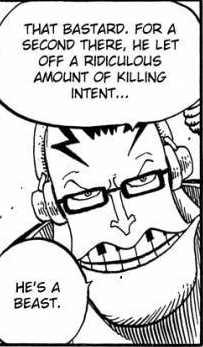 A drastic change in actions no?

Back in Enies Lobby, Zoro’s spirit could be felt by Kaku 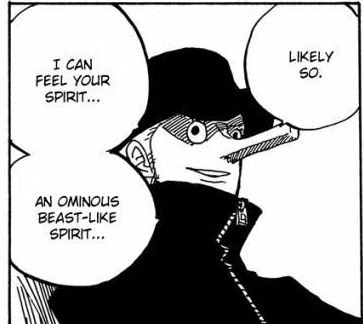 Everyone is calling Zoro’s spirit beast-like. Why is that? It isn’t because of his asura spirit(mostly at least).

Sandai Kitetsu means “Third generation demon cutter.” It is the weakest of the 3 demon cutters. 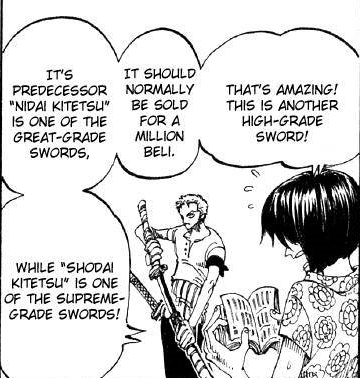 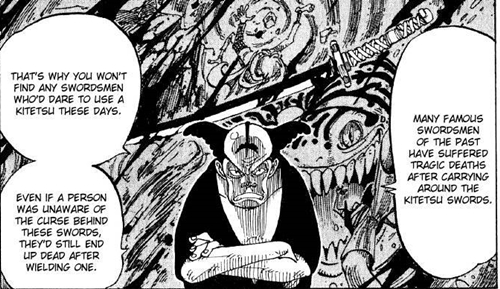 In the scan above, you can see that the previous owners died from calling off cliffs, being eaten alive, burning alive etc.. Despite all those tragedies,the Sandai Kitetsu remains intact.

The Sandai Kitetsu took over its wielders to made them kill themselves, as the blade did not accept them as its owner.

With just one look, Zoro automatically knew that the Sandai was a cursed sword and he even said that he liked it. 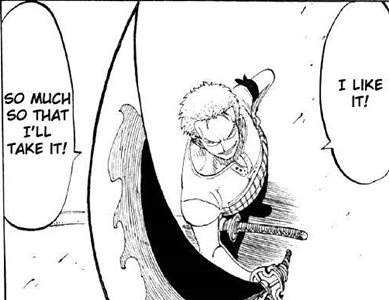 The Curse of the Sandai Kitetsu spirit is bloodlust and it is leading Zoro down the “Path of the Demon.”

The “Path of the Demon” is a path where a person sacrifices his humanity and lives for nothing but combat, blood and chaos. He literally becomes a beast going down this path. That’s why people can sense Zoro’s bloodlusted spirit and calls him a beast.

Zoro thought he overcame the curse but it was pure luck that his arm didn’t get cut off. 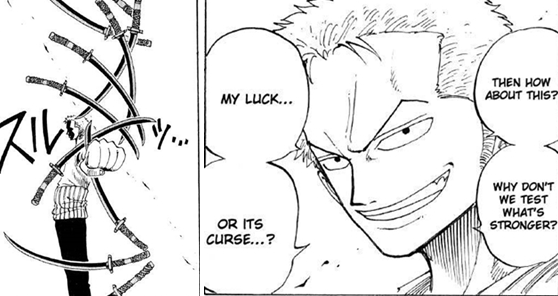 Zoro will find out about the curse in Wano and will go through its villages to learn how to dominate it. Zoro may succeed, but he may lose control of his demon spirit when he gets his hands on the Nidai Kitetsu.