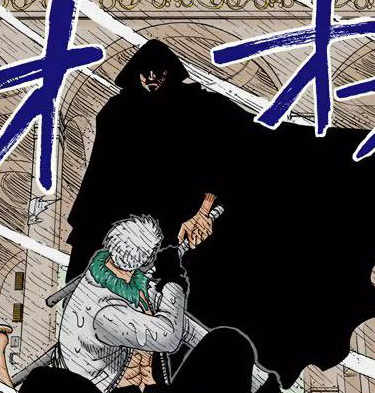 Dragon is most likely an Air Logia or Air Paramecia (possesses the ability to manipulate air, but not turn into it like would be the case with a Logia) because a lot of his current feats are possible if one is able to manipulate the wind which is fundamentally air. If we observe the scenes he’s been in, we can conclude that he’s very like an Air Paramecia as he’s never been shown transforming into Air, but rather, just controlling it. 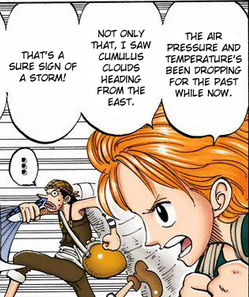 Smoker witnessed the entire dramatic execution play out and he said it looked like he knew he was going to be saved, but we know that wasn’t the case; perhaps, this is a foreshadowing of someone coming to save Luffy which did happen.

While a lot of coincidences are transpiring (such as the air pressure dropping), someone makes an entrance which is hinted at by the use of the “narrator’s dialogue box” before and after Luffy’s execution.

The next time we see the “narrator’s dialogue box” again, it’s continueing where it left off; Dragon is in the cut which implies that Dragon was in the vicinity when Luffy was bound to the execution platform which is when the first narrative box appears. 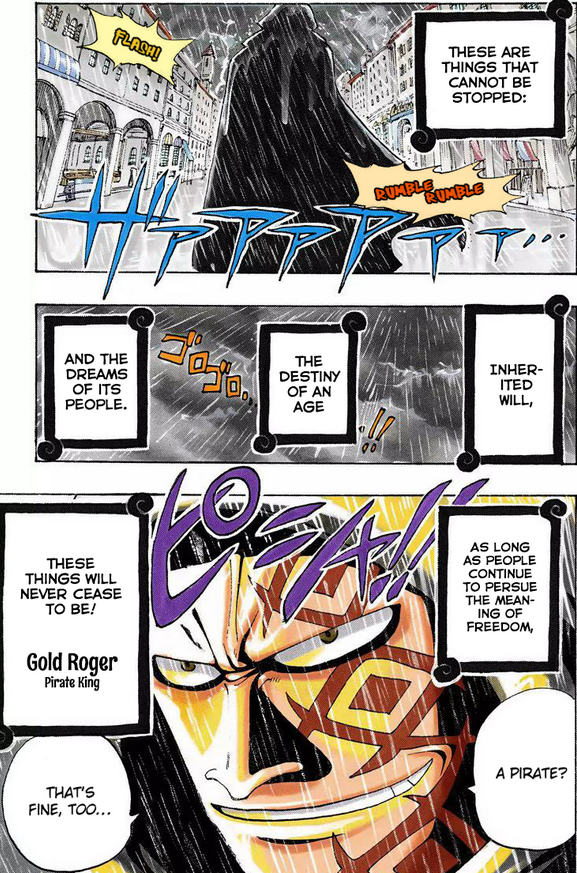 Something to notice is that there’s a flash present while Dragon is walking towards the execution platform or Luffy; the flash is indicative of the ligthening. 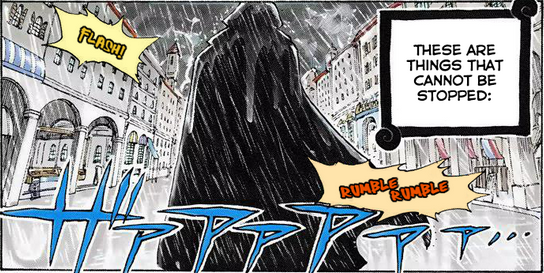 That flash I believe is the moment this happens. 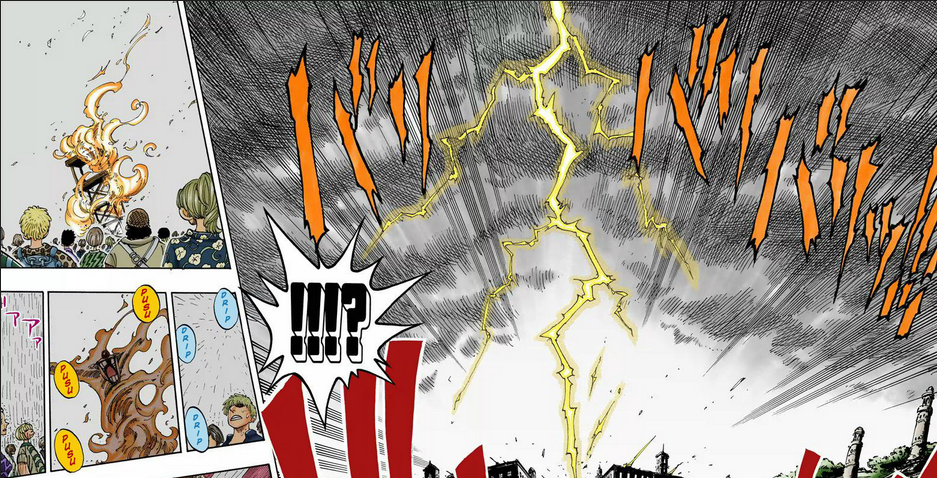 Air pressure plays a huge role in the formation of storms and lightening. Lightening needs a cloud to in order to be made:

TL;DR: The ability to manipulate air allows one to freely produce lightening just like Nami does.

Back To Logue Town & Dragon

If we remember as stated earlier by Nami, the air pressure was dropping “coincidentally” when Dragon arrived at Logue Town.

What really takes the cake with this postulation is that when Luffy is saved, he’s saved by a gust of wind by Dragon; this implies he is indeed an Air Logia or Air Paramecia (possesses the ability to manipulate air, but not turn into it like would be the case with a Logia). 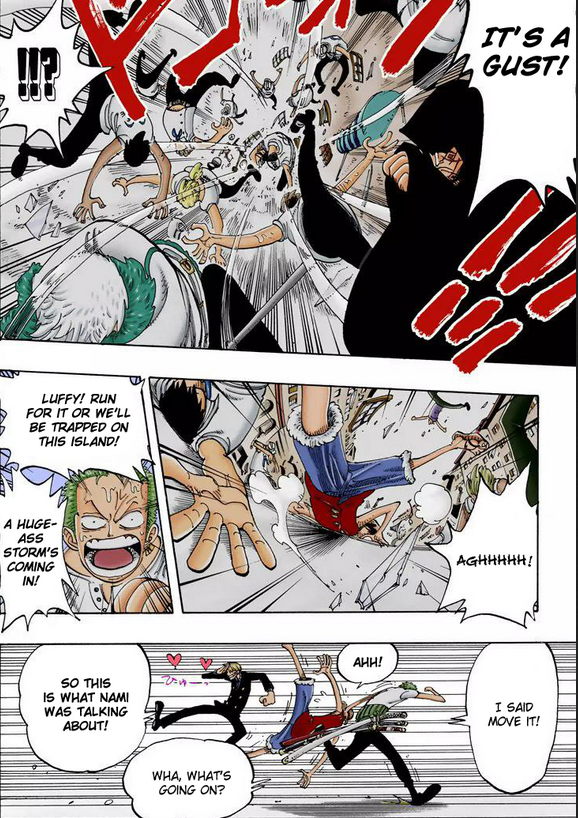 Evidently, Dragon was the one responsible for this gust of wind and more so is the case, because Smoker says why did you help him escape? And at the same time, Dragon’s arms are out in the same direction that this gust was going in. 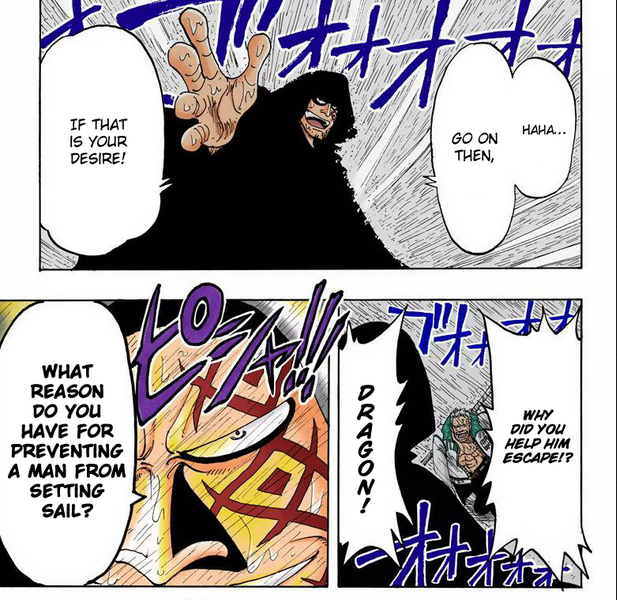 Based on Logue Town, one can conclude that Dragon has an ability to do with the manipulation of air.

Goa Kingdom is on fire thanks to Bluejam following orders of the Nobles to burn up the refuse dump regardless of people habitating it. The fire is widely spread and suddenly, a huge gust of wind creates a path clearing distinguishing the fire. 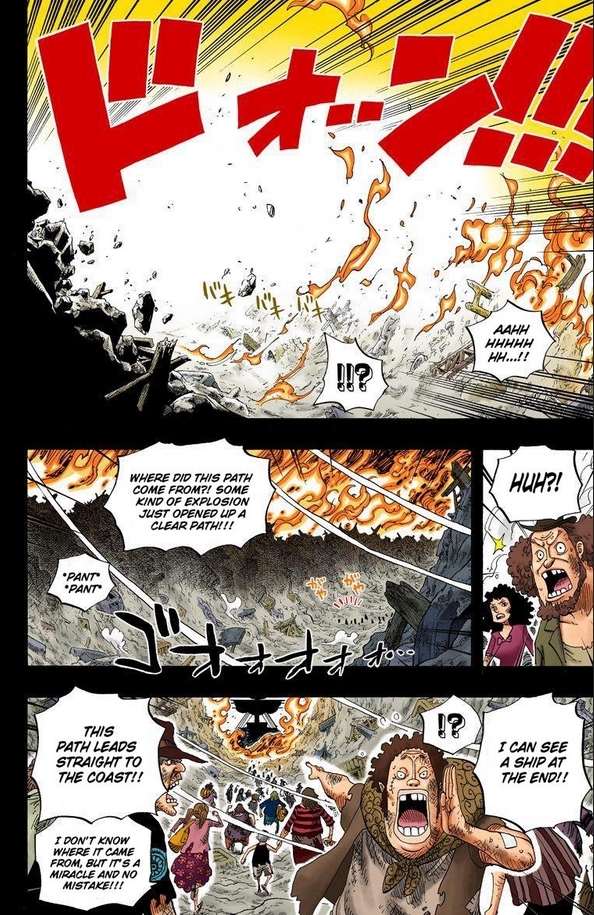 Who is coincidentally at the end of this open path created by wind? Noneother than Dragon himself.

It seems wherever Dragon is at, expect a reference to wind or a gust of wind.

Dragon is literally in mid air or standing on the sea actually standing on land as revealed by the Anime, so it seems he’s not actually floating. 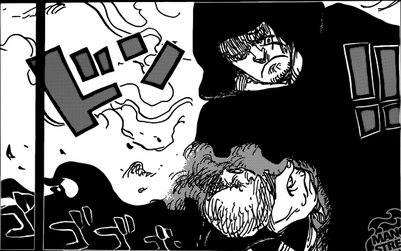 If we look at this scene, Dragon was in the middle of the sea with Sabo and now he’s appears on the RA ship; it implies Dragon has the ability to fly despite not turning into air or any form of animal. 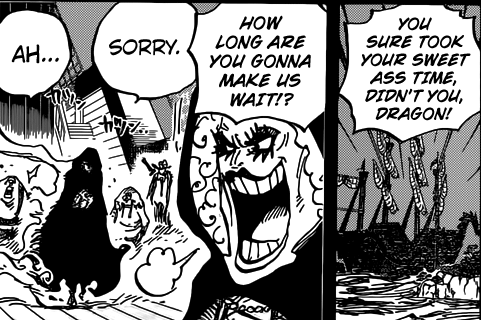 Bonus information: Oda tells us the Anime pertaining to Sabo’s life is Canon; Sabo attacks Dragon, Dragon evades it – Logias do not need to dodge.

Dragon can’t be a Zoan 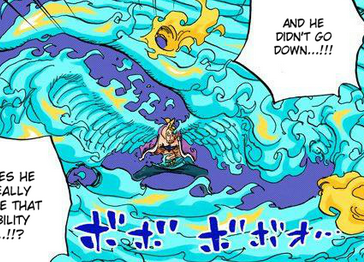 Based on all the evidence thus far, it seems to be strongly the case that Dragon is indeed an Air controlling Paramecia.

Previous Entries 10 Times One Piece Was In Other Anime! Next Entries One Piece - Top 10 Possible Fights Of The Tea Party