D: I have a question for Odacchi. In “The White City”, chapter 762 of volume 76, during the scene where Law stabs Cora-san, I found Crocodile printed on the paper Cora-san was reading. 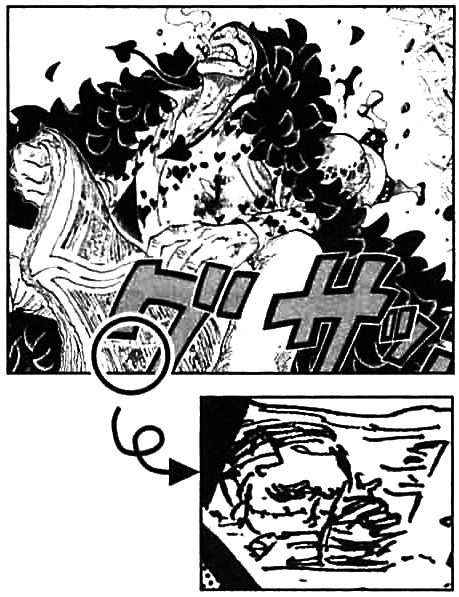 O: Yes. I’m quite impressed you found this one~. As you’ve pointed out, if you look really closely, you can find Crocodile there.

This was from the time when Law was 10 and Doflamingo was 25; 16 years ago from now. Crocodile was 30 at the time.

Similar to Luffy, back when he was young, Crocodile’s name spread across the seas with incredible momentum, but soon after he was admitted into the Shichibukai in his mid-20’s, he tried to fight Whitebeard and was completely and utterly crushed by him.

Though he seemingly calmed down at this point, his eyes became set on the kingdom of Alabasta, and it happened to be precisely during this time period that he was being featured in the papers as a hero who hunted down pirates. In other words, that was an article reporting the acts of heroism by Crocodile at the time!