In the One Piece world, ships are considered to be one of the nakama for any pirate crew. A good ship (beside a good captain and navigator) can bring the crews across any sea. Therefore, a legendary pirate like Gol D. Roger, of course, had a great ship that can also be called legend, the king of all the ships. That is the Oro Jackson made from Adam Wood (the treasure wood). 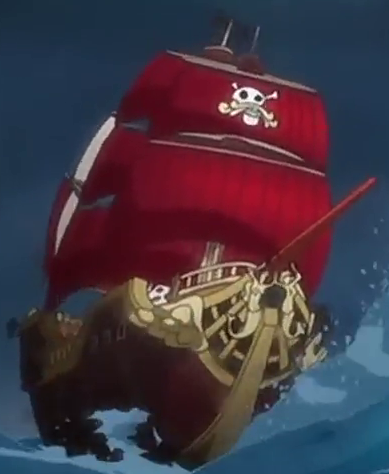 One of the big secrets of One Piece is, where is the ship now?

One year before Roger was executed, he gave the last order to his crew to disband. That was because he was ill for some time and knew that he would turn himself in to the Marines. Maybe he though ahead and had a plan, just like he had to start a new Pirate Age? Could it be that he ordered one of his crew to take care of Oro Jackson, because he didn’t want his nakama Oro Jackson to be in Marines hand?


If this really did happen, who would he entrust this job to? We already met Rayleigh, but he was living on Sabaody and worked by coating ships. Maybe Roger told him to hide the Oro Jackson somewhere, where no one would find it.

Or, perhaps, he told Scopper Gaban to take care of it. We have yet to meet him, so there is a high possibility that he knows something. I am pretty sure that when Luffy meets him, that he will help guide Luffy trough the New World.

Maybe all of Roger’s former crew members know where the ship is, or maybe just one of them knows. We don’t know for now.

But there is also one more possibility. Maybe he left the ship at Raftel as a way to show that his journey ended since the ship represents that. Maybe it’s on Raftel awaiting the new Pirate King. Maybe the clues to the One Piece are somewhere in the ship or the One Piece itself.

*All rights go to the maker of this theory.