To celebrate the 20th anniversary of ‘One Piece’, Shonen Jump has announced the 6th One Piece popularity poll.
Carrot, Kaido, Vinsmoke family and Big Mom family will be included for the first time in the poll. 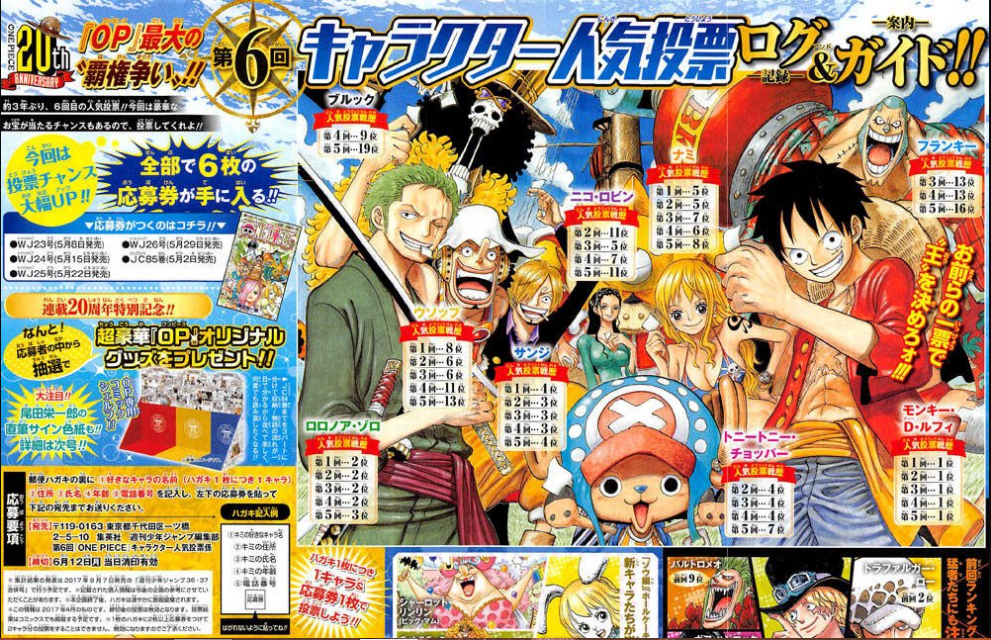 In the 5th poll, Monkey D. Luffy scored highest in the poll with 9,183 total votes, while Law surpassed Zoro in popularity for the first time. Anyway most of the Straw Hat crew rounded out the top 10 spots.

So who will win the new poll? We’ll find out in the next weeks!