Dr Clover on the AK 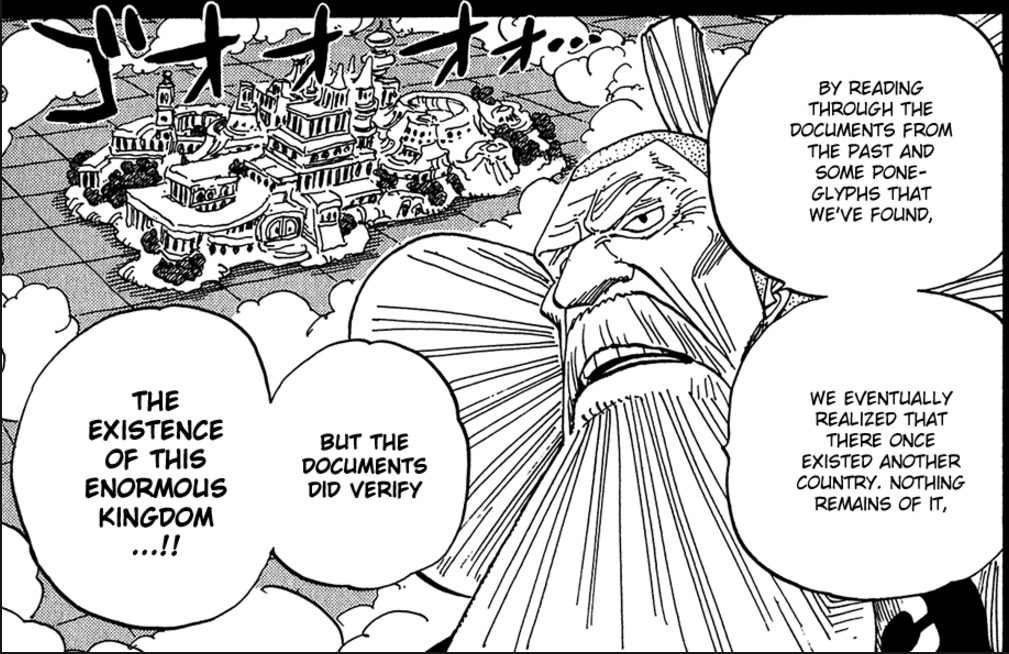 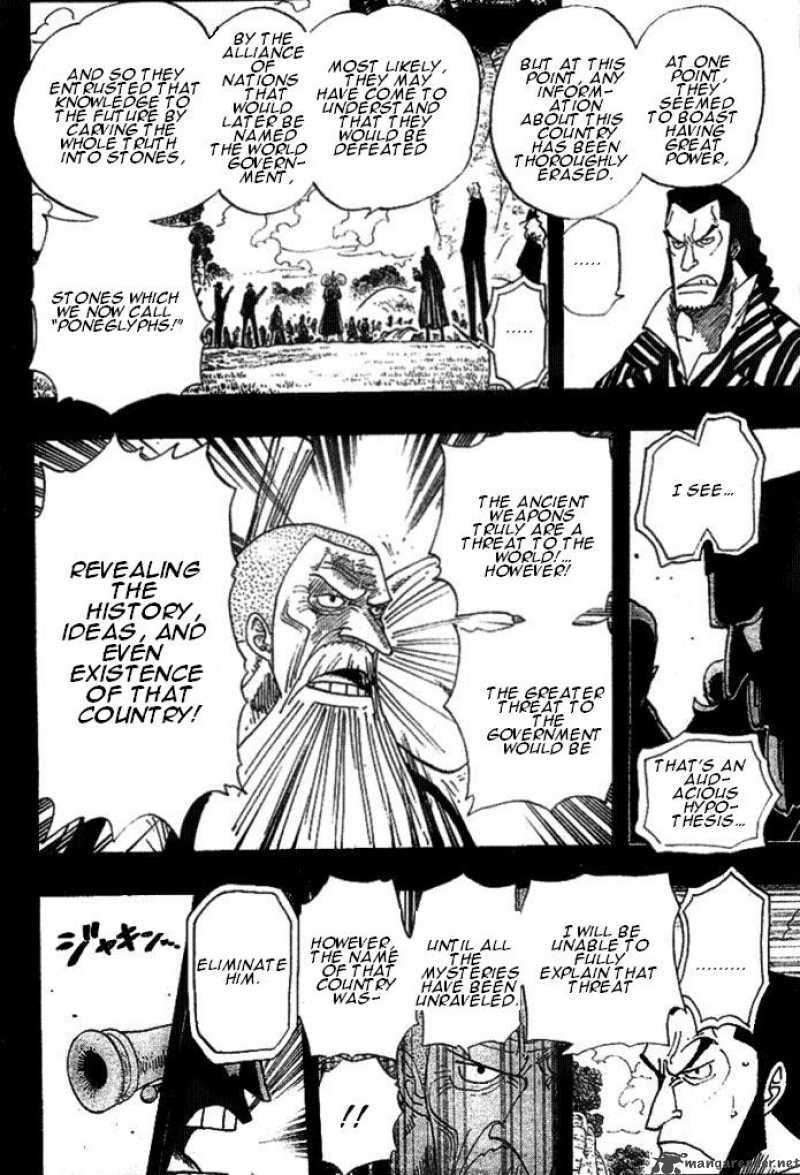 According to him the AK was enormous but nothing remains of it. And the ancient weapons are a threat to the world but the history, ideas and existence of the AK are a greater threat to the government. So what does this mean?

Well first off we know Clover was wrong. Despite going to insane lengths to erase it quite a lot remains of the AK. Poneglyphs, the D clan, the AW’s, etc. However the government has committed mass genocide and wiped whole places off the map just because a handful of residents were studying the AK. The result being that whilst remnants of the AK remain very few people know it.

The point I’m making is there’s a difference between something really being gone and it still being there but no one knows it.

If the WG could entirely erase the AK it wouldn’t still be a threat to them and they wouldn’t be so afraid. The only reasonable explanation for their behaviour is the AK still exists and has a chance of deposing the WG and regaining power.

But we already know this 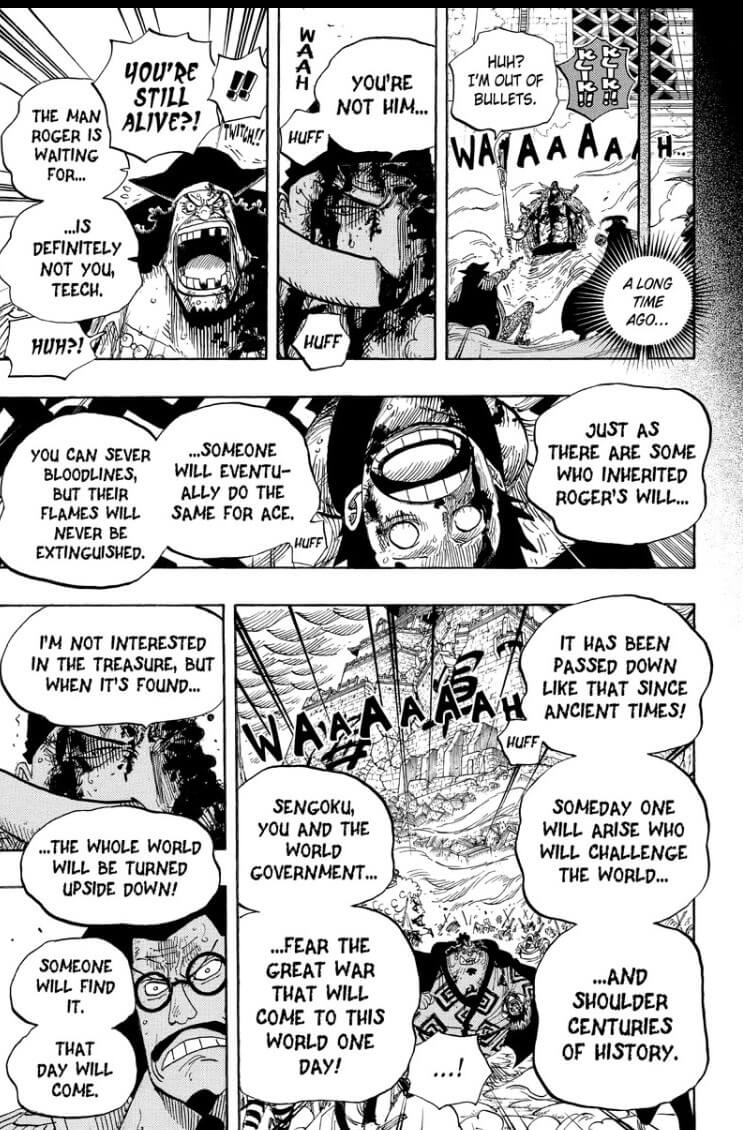 It’s quite clear the story is heading towards a huge war to overthrow the WG and Raftel, the Poneglyph’s, the AW’s and whatever the One Piece is are key to this war.

So why does the AK play such a big part in the story? One Piece could easily be a story about overthrowing an oppressive government with the history of the AK just emphasising how evil the WG is. What revelation does the Rio Poneglyph have that’s so shocking it’ll spark a massive war? I mean we already know how the WG was created. We know the WG and the AK had a huge war and the WG annihilated the AK to become rulers of the world. We also already know the horrific things the government and Celestial Dragons get up to. So if that’s not the True History what is?

Well, I’ve already posted a theory that the WG artificially created the Grand Line and the Red Line to divide the world and make it easier to rule. But I think it’s more than that. To put it simply I think the Ancient Kingdom, the biggest, most powerful kingdom in the world, was the Sea. Stay with me, I’ll explain =)

As you can see in Whitebeard’s speech above he says finding the One Piece will turn the whole world upside down. I know what the phrase means but for thoroughness’ sake I googled it and it says it means to disorder and invert something. And the world couldn’t get more inverted than if people lived on the sea instead of land. Or if the people now considered dangerous criminals and enemies of the world became heroes and leaders. AKA the pirates who live on the sea.

Also 2 out of 3 known AW’s are related to the ocean. Shirahoshi and her seakings and Pluton the most powerful warship. If the people of the AK were sea dwellers then it makes sense their weapons are sea orientated.

If we assume my theory about creating the Grand Line and Red Line is correct then before they were created the sea would have been easy to travel and nowhere would be out of reach. Trade throughout the world would have been easier and everyone would have been more free. Now it’s much harder to visit one blue from another and it’s all highly regulated. Not to mention their leaders are horribly cruel and have in their possesion something which frightens the WG enough to send 3 admirals and heaps of marines at their slightest insult just to keep them happy. I think it’s the thing they used to reshape the world.

Another thing that make me think the AK was the Sea is the Tequila Wolf bridge Kuma transported Robin to. I think the World Nobles believe if they connect the Islands together by bridges that will further diminish people’s dependency on the Sea. Admittedly 700 years per bridge is really slow going. I have another idea of what the bridge could be but it’s not relevant here.

A lot of people think Raftel is part of the AK. I think this true but I think it’s like the Air Nomads in the Last Airbender. They travel all the time in the air on their Sky Bisons but they have 4 temples as their home base. I think Raftel could have been the AK’s home base but they spent most of their time on the Sea.

Lastly, from memory because I can’t find the page, during a coversation between Luffy and Enel Luffy told Enel he can keep the land because he wants to rule the Sea. Or something like that. I think it was when Enel said he wanted to go to the moon because it was a land made completely of dirt and the Skypeans valued dirt highly because it was so rare in the sky. This was the first time I thought of the Sea as a place that could be inhabitated and ruled. Though my thought that it could be the AK didn’t come til recently.

Well, that’s it. I hope you enjoyed and it doesn’t sound too farfetched.