Here again with a short theory before we leave WholeCakeIsland. Now this concerns where we go after we leave WCI. Smart money would be directly to Wano, but these things are rarely ever that simple. And why I believe we won’t be able to head directly to Wano are for a couple reasons.

However before I start, let me just say, I don’t expect anything to happen with this plotline until next year. I am sure that once WCI officially concludes, Oda will spend the appropriate amount of time catching us up on the current state of affairs with Momonosuke on Zou, and the other Strawhats who went ahead to Wano. Luffy and Co. will probably take a backseat for awhile. There is also Reverie to consider.

That said, let’s get back to this field trip that Nekomamushi is on. It seems far too good to be true. Are we expected to believe that Nekomamushi will just show up on Wano with Marco and the others at the last second to turn the tide of the battle for us? It’s that simple to defeat a Yonko? Nah.

From what we know of the Whitebeard Pirates, they have been dormant and inactive ever since the Payback War. Oda clearly understands that we are outmatched yet he has given us the easiest way out for the audience to accept. The Whitebeard Pirates, whose abilities we know and are familiar with, will lend us their strength, just because we know some old buddies of theirs. This strikes me as far too easy as without a doubt the likes of Marco could almost 1v1 a Calamity without much help.

In my opinion, this whole “Get the Whitebeards” to help is a Red Herring by Oda, and we won’t actually end up with the Whitebeard Pirates in the end. This search will give an ally though, but one I think we aren’t supposed to expect. It all starts with who I believe Nekomamushi will run into on his search. 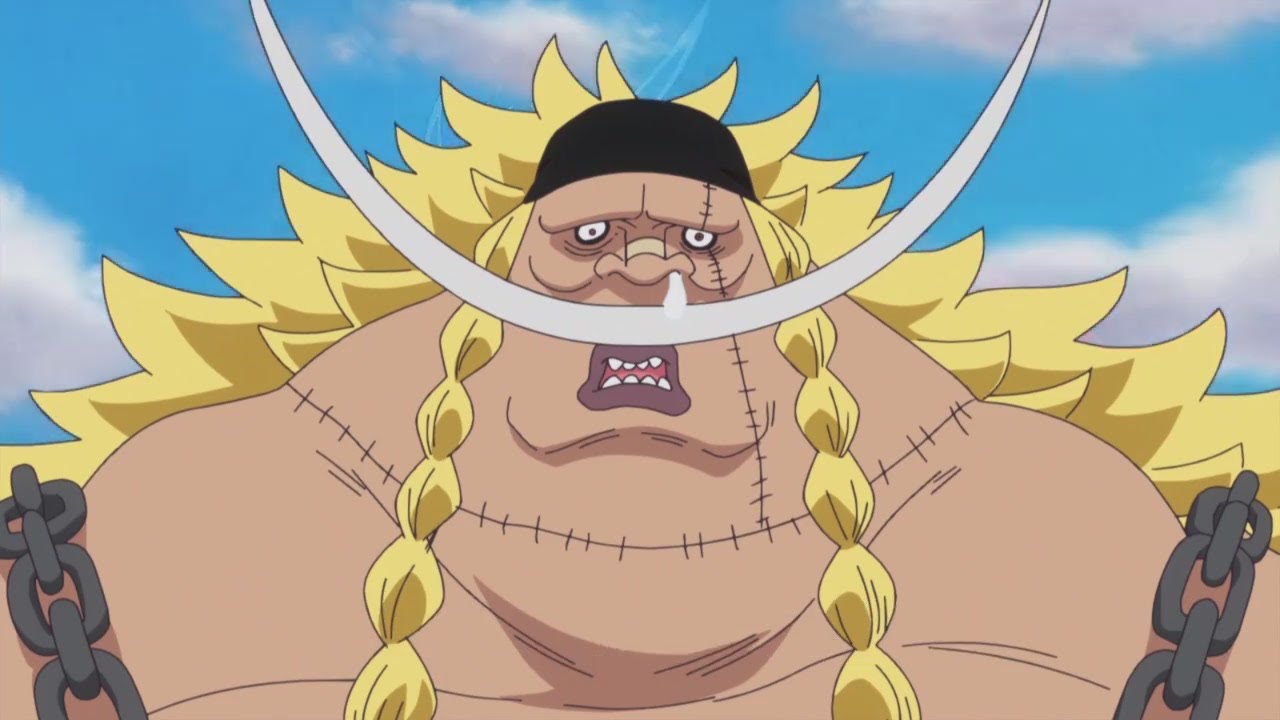 It’s far too convenient for me at least that we already have someone hunting to exterminate said remaining Whitebeard Pirates and their allies. And somehow, Nekomamushi will just get to them first without running into him. Such is the way Shonens work. You need an antagonist to obstruct your protagonists. I am expecting Nekomamushi to run into and LOSE to Edward Weevil.

For one of two reasons, his raw, physical strength has already been hyped to be comparable to Whitebeard in his youth. And a fight with Luffy was foreshadowed by Oda in the brief moment we were introduced to him. And two, Nekomamushi has just lost an arm and that may play a role in him losing. This I think will play a role in the rest of our alliance losing contact with Nekomamushi. Then someone has to investigate since we are dependent on getting the WB Pirates as allies. Since the others have already made it to Wano, assuming of course, and Inuarashi is with Momo on Zou (I have ideas on this as well), Luffy and the others may be asked to track down Nekomamushi and find out what happened to him.

Which puts us on a collision course with Weevil.

Now you know just as well as I do, that Weevil seems off. Everything about his existence and his claims seems false. For me it is obvious that there is someone behind the creation that is Edward Weevil, probably unbeknownst to him cause he’s so stupid. So in this case, who is responsible for falsifying a fake WB and hunting former WB Pirates? Who has such little respect for WB’s legacy and stands to benefit from this extermination? Well the answer is clear. 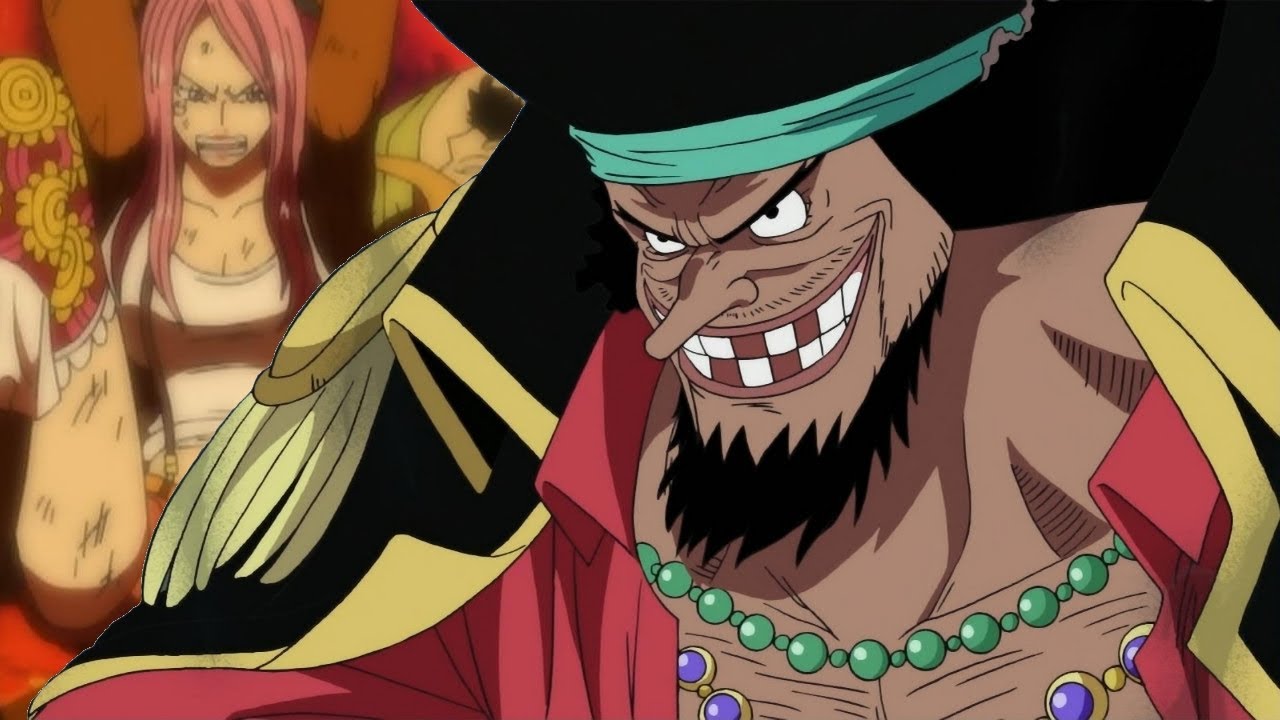 He is easily the number one suspect behind a nefarious plot to exterminate the WBs. It helps him as well because finding Marco means more powerful abilities at his grasp. He’s on an ability hunt. We know this. But I know what you are thinking. How would BB even have the capability of making someone look like the son of Whitebeard? The answer is, he doesn’t. I believe Blackbeard is working with someone else. That someone is.. 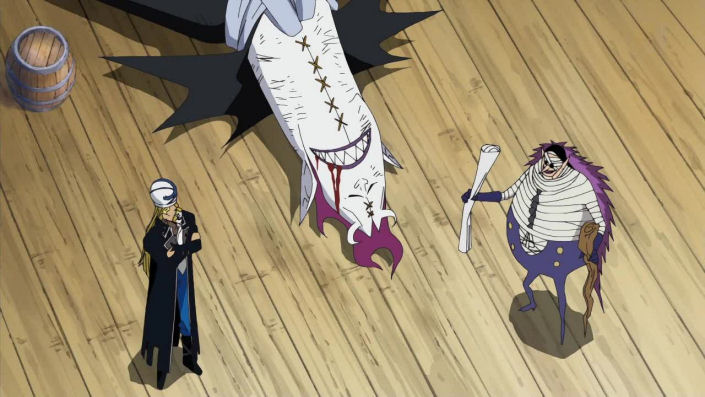 Yes this is nothing new, but I will get to why Moria is involved here. These three escaped Thriller Bark together using Absalom’s invisibility. The key to all of this however is Hogback. Recall what Hogback said about Blackbeard in Ch 486. He relayed the information about BB replacing Crcodile and was greatly impressed by the feats he displayed. It seems that Oda was foreshadowing this alliance between BB and Moria all the way back then. I believe Hogback is responsible for Edward Weevil’s creation and they are currently working under BB.

Obviously Moria is only interested in biding his time until he believes he is powerful enough to challenge for Pirate King. But that is besides the point. I think after escaping Marineford, Hogback tracked down BB and the three have made a deal. Under BB, Hogback’s creations ahve gotten more powerful and finding the truth behind Weevil I believe will be the focus of this short diversion I am predicting. Which will lead us to Moria. But to what end?

I BELIEVE MORIA AND HIS NEW FORCES ARE THE FINAL ALLIES WE WILL GAIN BEFORE FIGHTING KAIDOU.

Now I know that seems far-fetched. Moria hates Luffy and Luffy hates him. However, the enemy of my enemy is my friend. We know Moria has been to Wano before. We know it was the place for his defeat against Kaido. Basically, Moria hates Kaido more than anyone else in the world. Luffy included. Even though I’m not sure how it would work out, I don’t think it’s a coincidence that Edward Weevil looks very similar to a zombie and that doesn’t lead us to one of Kaido’s former enemies.

After all this is the Vs Four Emperors arc. It would be foolish to not at least get a glimpse into the machine of BB’s forces post timeskip before we have the final showdown of that arc. So we get a little of BM. We get a little of BB and then we get Kaido at the end. What do you guys think?